skip to main | skip to sidebar

It Takes Two to Tango

Today in the news we hear the name revealed of the convicted murdered doing time in prison who gave money as a bride to two Montreal cardiologists. We all remember Valery Fabrikant who murdered many of his colleges some twenty years ago in a Montreal university. Yesterday, the media was not able to reveal the name of the prisoner as he being a patient had his right to confidentiality. Again, my blood curls as I hear that protective word : confidentiality. What changed from yesterday that allows us to know the name of the prisoner today is something I am not yet aware of.

The doctors in question are André Pasternac and Mark Eisenberg. I ask why would two supposedly upstanding cardiologists find themselves in this mess with Fabrikant. How could they think that dealing with this nutbar would not have any repercussions. How could they not of known what Fabrikant was like as he has been in the media often in the past twenty years while trying to stir up trouble.

I blame the doctors for not refusing treatment right from the get go. I know that a doctor's is obligated to help people even criminals, but from the first instance of trouble brewing,the doctors should of sounded the alarm. However, the stuffed enveolpes looked very appealing. THese doctors have lost their credibility. They made bad choices and for that I would not ever be able to trust them with my life or anyone I know as their decision making would always be questionable.

From the responsibility of Correctional Services who govern and house Fabrikant, I question what control are they allowing him to have. Why was he allowed to choose his own doctors? From what I have read, it seems that Fabrikant wanted the doctors to be available to him at his beck and call. Does that mean whenever Fabrikant wanted to see his doctors, Correctional Services would just put him in a van and shoot him off to the doctor. Who's is running our prisons? Is Fabrikant using his manipulative enveoples with others around him to get services as he sees fit? I wonder if Fabrikant has access to the internet which I am told by CSC that the prisoners do not have access to.

The doctors should face the courts and Fabrikant's stuffed envelopes should be going to the familes of the victims he distroyed. Interestng how even from prison he still controlls his wife. What is she afriad of? Why is she still in the picture?

It was reported that Fabrikant had an operation which Pasternac deemed unnecessary, however he still operated. He was paid with a stuffed envelope, plus our RAMQ paid him which we the Quebec taxpayers paid for. How long was Fabrikant on the waiting list? Who did he bypass on waiting list to get the operation? Probably, someone who desperately needed it.....a good law abiding citizen.
Posted by Doreen at 8:03 PM 2 comments: Links to this post 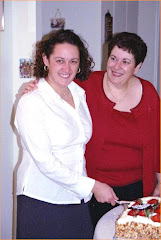 Doreen
I am Kelly-Anne Drummond's mother. I have worked with families like myself who are secondary victims to homicide. I speak at conferences about violence against women.I believe that no women should be a victim to abuse and that every young women needs to be empowered to be able to make the right decisions without any fear of repercussion.We are all capable of change.Let's break the silence together.

Other Tributes to Kelly-Anne